This is the second in a series of posts about my recent travels to Indonesia, and Nepal. You can click here to read about the start of the adventure if you are interested. After nearly missing my flight out of South Korea, and enduring one heck of a gnarly lightning storm, I was finally in Bali Indonesia. 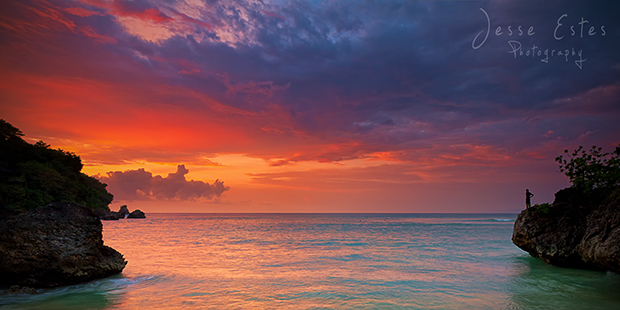 As I staggered out the front entrance of the airport to look for my friend Helminadia, I was already sweating at 1am in the morning. I didn’t see her right away, but she managed to spot me, and we were off for my hotel that I booked in Ubud. At least I was pretty sure that I booked it… The first stop was a small convenience store known as “Circle K” for some Bintangs (nice Indonesian Beers). After being reassured that it was ok to drink beers in the car while driving, I passed a Bintang to the driver and stripped the boots off my sweaty feet.

It’s about a 30 minute drive from the airport to Ubud. About half way through the drive, we hit a roadblock with about 5 police officers standing in the middle of the road. “Put your beer away”, Helminadia urged. Wait, I thought it was ok to drink in the car? “Just put your beer away, quickly!” So I quickly stuffed the beer in one of my boots that were sitting next to my feet, and then hid my boots with my legs. 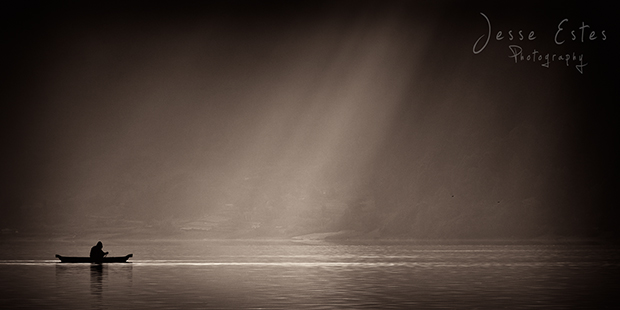 The police were very calm, and quiet, just like most of the folks that I encountered while in Bali. They checked out my luggage in the back of the car, and asked the driver for his paperwork. They looked in the car a bit, but didn’t ask us to get out. All in all, we were there for about 5 minutes and they let us on our way. Apparently they were looking for some terrorists that had been wreaking a little havoc on the island lately…. About 20 minutes later, we arrived at my hotel in Ubud, “The Bali Spirit Inn”.

I had a pretty decent e-mail exchange with these folks a couple of weeks before I left, and they assured me that all I needed to do was show them the e-mail when I arrived and my room would be ready. Of course when we arrived at 2:30am, the night crew didn’t have a clue about any of this. Helminadia still thinks I forgot to book the room, but that’s another story. So what to do at 2:30am with no room? Might as well head to the beach for some sunrise photography.

So after a little negotiating with the tired out driver, we were off to the famous Tanah Lot. Tanah Lot is a rock formation off the Indonesian island of Bali. It is home of a pilgrimage temple, the Pura Tanah Lot (literally “Tanah Lot temple”) and a popular tourist and cultural icon for photography. You can read much more about here on Wikipedia. 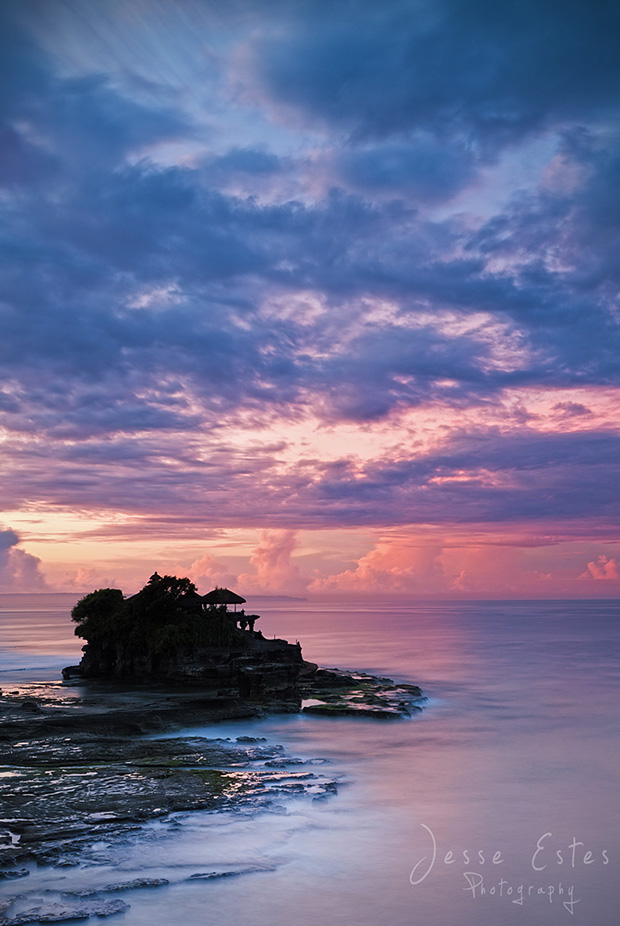 Once we were done photographing the sunrise, it was back to Ubud to the Bali Spirit. It was a nice place overlooking the river valley below, and I had some incredible views from my room. I liked the Bali Spirit, but it wasn’t all that central, and I ended up moving to another place the following day.

Ubud is a town on the Indonesia island of Bali in Ubud District, located amongst rice paddies and steep ravines in the central foothills of the Gianyar regency. One of Bali’s major arts and culture centres, it has developed a large tourism industry. Most tourists end up over in the Kuta area of Bali where the big terrorist explosion happened back in 2002, killing 202 people. It was the deadliest act of terrorism in the history of Indonesia. I went to Kuta a few times, but I much prefer the Ubud district.

Ubud has a population of about 30,000 people, but it is becoming difficult to distinguish the town itself from the villages that surround it. Ubud tourism focuses on culture, yoga and nature. In contrast to the main tourist area in southern Bali, the Ubud area has forests, rivers, cooler temperatures and less congestion although traffic has increased dramatically in the 21st century. A number of smaller “boutique”-style hotels are located in and around Ubud, which commonly offer spa treatments or treks up Ubud’s mountains. 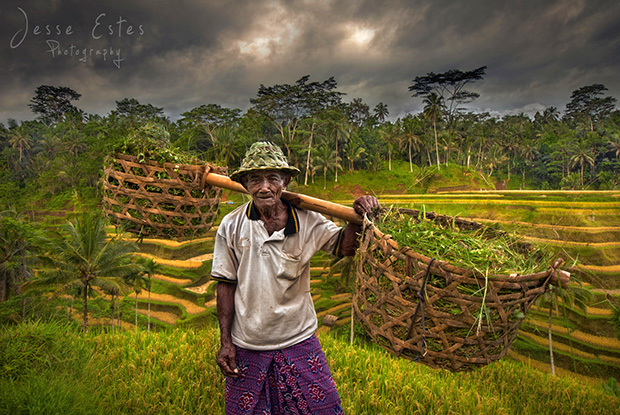 Here’s a couple of pictures of the famous Tegallantang Rice Terrace in Ubud. This area was really more of a tourist hotspot than I had imagined it would be, but it was still a fun place to visit. Helminadia and I sat in a little bar above the rice fields and I drank a large Bintang, while she drank a fresh coconut juice. We didn’t get much of a sunset, but we were still able to come away with a couple of images. After leaving here, my t-shirt was completely soaked. Did I mention that it’s VERY VERY humid in Bali? 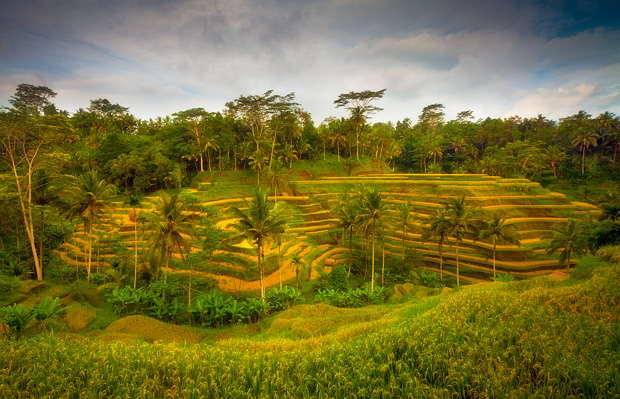 The image below was taken from the from the balcony of my room at Hotel Puri Saraswati, in Ubud. This place was right in the center of Ubud, and it was very easy to move around town. There was a Starbucks and a Lotus pond right next door. Just about every night they would have various culture shows down below. I had the best room in the place and was able to just sit out on my balcony and photograph the shows. I wish I had a little bit longer lens, but I was able to get pretty close with my 70-200mm. I highly recommend this place if you ever stay in Ubud. The rooms were very large, and the people were amazing… 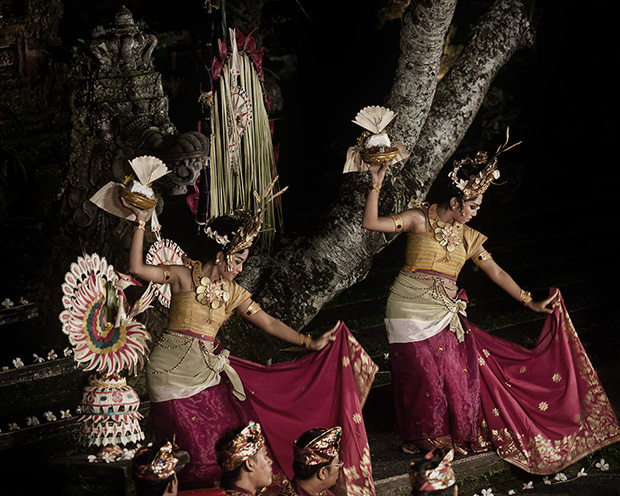 I actually didn’t end up spending a lot of time in Bali, as I really was interested in some of the landscapes and volcanoes on the other islands. I will be writing about my experiences on Java, and Lombok next. These places were also amazing… I have to give a special thanks to Helminadia for making my visit to her country so relaxed and easy going. I had no problem getting around, and she was always giving me wake up calls early in the morning before we went off shooting…