This is the fourth in a series of posts about my recent travels to Indonesia, and Nepal, and is focued on Photographing Lombok Indonesia. You can click here to read about the start of the adventure, here to read about my journeys in Bali, and here for the Mount Rinjani trek if you are interested. After the grueling trek up on Rinjani, we were barely able to walk up the steep hill to our hotel rooms (no joke). Senggigi is a cool little town right on the beach, and it was nice to finally sleep in for a change. Helminadia and I were both moving pretty slowly for a few days after that trekking mission. We hung out in Senggigi for a day, and had fun sipping margaritas at night at some of the cool little bars around town.

The next morning, we were off to the explore the white sand beaches of Kuta, Lombok. The scenery in Kuta is spectacular, with cliffs and mountains reaching the coast creating jugged and awe inspiring landscapes and views. The beaches are also some of the best in Indonesia, with pristine white sand and transparent blue greens in the water. 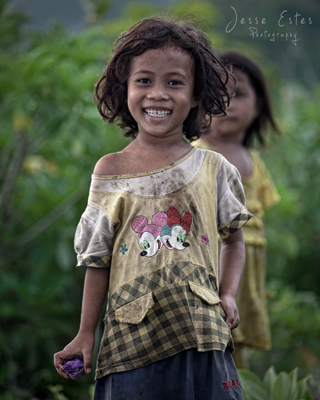 Kuta also has a wide variety of accommodations and restaurants for back packers to wealthy travelers. Many people come to Kuta just to unwind, lie on the beach, rent a motorcycle to look around or just relax reading a book or taking a nap in the afternoon. Kuta has some of the best surfing in the world, so naturally many of the tourists are surfers. We were in search of some remote hidden seascapes that one of my photo contacts told me about. Unfortunately, he was unable to show us around as some family medical issues came up just a few weeks before we arrived…

After arriving at the Surfers Inn, Kuta Lombok, it was time for some serious relaxing and easy going… There were a number of nice photogenic beaches close to the hotel, and we photographed these areas for sunset and sunrise, and then we started to look for some of the more remote beaches that we were seeking.

I had some very vague directions from my flickr contact on where to go for a couple of these spots, but none of the locals seemed to know any of them by the names he provided. After asking around quite a bit, we finally were able to locate a driver named Sam that new the area quite well. Sam didn’t know of the main spot we were trying to locate, but we decided to have him take us to some of the remote places t hat he did know about. After driving for over an hour we reached a small bay that seemed like a fairly popular surf break. It’s on land owned by a local village, and you have to pay some small money before they will lift the gate and let you pass through. 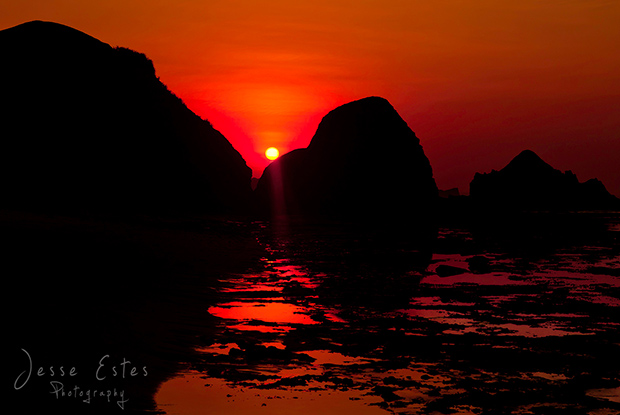 Once we arrived we started talking with an old man that was hanging out in the shade and I mentioned the spot that we had been looking for. It turns out, the spot was just around the point to the left, but quite a far walk because you can’t walk the beach around the point. Luckily there was an eager 15 year old boy with a scooter standing by, that offered to take us in there one at a time. I went first, and about 20 minutes later Helminadia arrived. We had a couple of hours until sunset, so we gave the boy some money and ensured him that we would give him more if he came and picked us up after the sunset. I really didn’t want to walk the mile or so out of there in the dark, and was hoping he would show up later…

This area was the most secluded area of beach that I encountered during my whole trip. The beach itself was white sand, and covered with some of the most perfect little seashells of all different sorts. These are the type of shells that we buy at the store here in the US, but this beach was literally covered with them. The light was not amazing or anything, but it was decent, and just after we were done photographing, our friend arrived back on his scooter. On the way out at dusk, we were dodging HUGE bullfrogs on the scooter. They were literally everywhere, and a few of them bounced off my flip flops 🙂

The next day we relaxed and made our way back to Senggigi for sunset and our short flight back to Bali. On the way to the airport, we stopped at the small but very cool Batu Bolong temple to photograph sunset. To get to this spot without a 20-30 minute hike required passing through a small opening in the rocks while timing the waves. Of course Helminadia and I both ended up getting soaked in the end, and looked rather strange when we got on our flight later. I used the hose in the bathroom stall to wash off all the sand on my feet, and while I felt a little bad for making a big mess in the airport bathroom, I coulnd’t stand the scratching feel of the rocky sand on my legs.

One Response to Photographing Lombok Indonesia