After sweating for 10 days in Guilin, we were off to Malaysia for a couple of days of much needed rest and then back to Bali. During out time photographing Malaysia, it was also pretty hot and humid, but nothing compared to what we had experienced in China. We chose to stay in the China Town area of Kuala Lumpur as I heard that the surrounding markets were very photogenic. 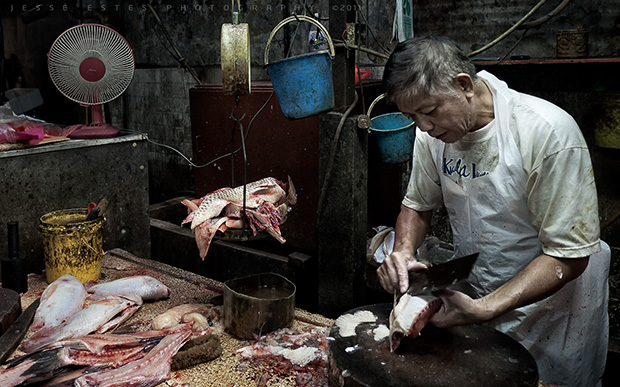 Because of the short stay, we didn’t have time to venture into some of the incredible landscapes that Malaysia has to offer. I have seen some photos of some pretty amazing tea plantations and other mountainous areas in Malaysia, and when I have more time, I plan to do some exploring. 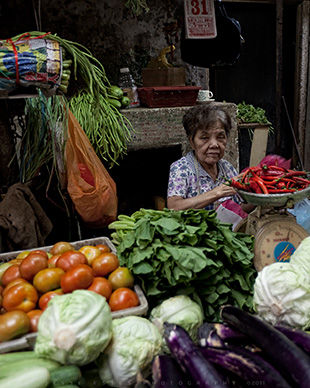 After about a 45 minute drive from the airport, we arrived in China Town. One of the first things I noticed, was a sign high up on a street pole that read “Reggae Bar” with a big arrow pointing down the busy street. That was confirmation that we had chosen the right area to spend a couple of relaxing days. We arrived just as the sun was going down, and after quickly checking in, it was off to get some good food.

I have to say, I like Chinese food, at least the Chinese food that I have eaten here in America. The food options in China were very less than desirable, and it was probably the part that I liked the least out of my whole stay there. If you ever end up in China, just a heads up; the food there is nothing like the Chinese food we are accustomed to. I’m not saying that it’s a bad thing, it’s just something that I could never get used to personally.

We didn’t have to wander very far from the hotel to find some good food. Less than a half a block away, we found a nice “steamboat” setup. I had never experienced this myself, but Helminadia says that it’s quite popular in Singapore and parts of Malaysia. It’s basically a cart on wheels with skewers of anything imaginable sitting on ice waiting to be cooked. You grab a tray, and just pick and chose whatever you feel like eating. Then you can have them BBQ the skewers, or you can cook them at yourself in a big pot of boiling water that’s built into the middle of the table. 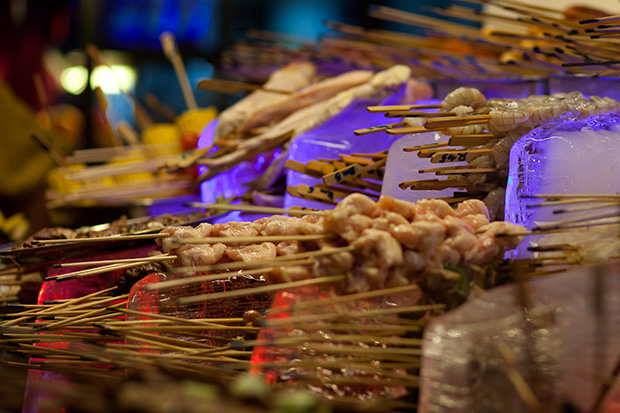 I preferred the BBQ style over the steam personally, but I tried my fair share of everything. The BBQ shrimps, and the fish ball, were my favorite along with the sweet corn. 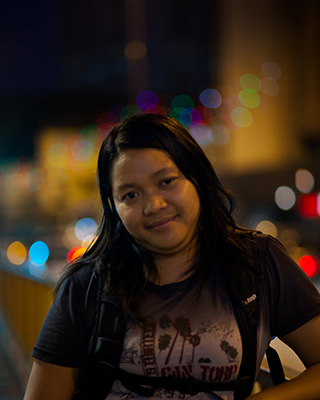 Helminadia on the streets of KL

When you are finished, the skewers are color coded at the end, and the waiter will come by and add up your bill for you using the codes. I can’t recall exactly how much for the average skewer, but I can tell you that we took care of business at that place, leaving lots of empty sticks to be added up at the end.

I think I could do this steamboat everyday for a week and not get sick of it; especially after eating that Chinese food for 10 days. Did I mention that the food sucked in China? They even managed to make the worst fried rice I have ever tasted!

After getting full on some good food for a change, we went exploring the night market in China town for awhile, before heading to check out the Reggae Bar. The market basically sells any knock off item that you can imagine, but it seemed to specialize in handbags from Louis Vuitton, and coach. We bought a few things there but got bored pretty quickly and were off to drink some beers and listen to some Reggae. 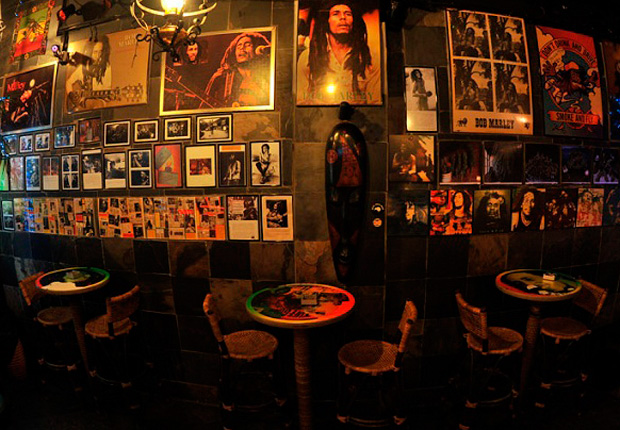 As you enter the Reggae Bar, you can tell right away that it has been there for quite some time. It seems like everyone that visits, signs their names on the walls of the place. The place was very laid back, and it would be the hangout for the next couple of evenings. It seemed like Carlsbad was the beer of choice, but I ended up trying all sorts of Belgium beers that I was not accustomed to, and quickly realized why the Belgium’s were famous for their beer. 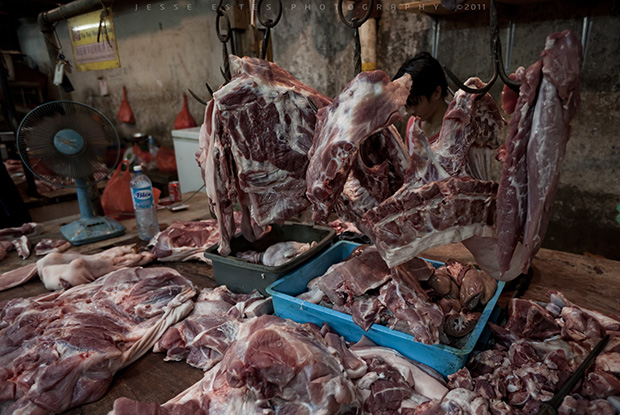 The next morning, we got up early so that we could go photograph the market that was just a block from the hotel. Thy pretty much sold everything there, and the people were quite relaxed when it came to photographing them. It was much different than China in that regards. We wandered around the market and took our time to photograph all sorts of stuff. Then… we repeated the whole process for day 2, and caught a plane back to Bali where the temperature was perfect, and the food was even better.

I have a ton of photos from the markets in Malaysia, and while I prefer to photograph landscapes, these markets can also be quite fun if the people are nice and relaxed, like they were in Kuala Lumpur.