The last time I was photographing Mount Bromo, it was smoking quite a bit. When I was there in November of 2010, and just a week after my visit, it had a full eruption and a few more in 2011 that changed the whole area quite a bit. The last eruption was in March, 2011. You can read about my first trip to Bromo here and learn about the series of eruptions on wikipedia.

The first thing I noticed upon my return, was the large amount of ash on the ground and in the air. After talking to some of the local people, it seems that it has been constantly spitting ash since the eruption last year. Sometimes there is so much ash in the air that you can’t even see the volcano at all. 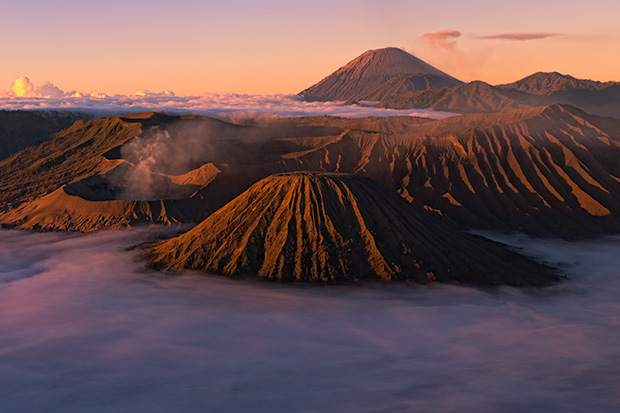 On my last trip to the area, we took a steep jeep ride and parked right at the viewpoint, but this trip would be different. The first day we were there, we found out that the road to the main viewpoint had been destroyed, and was in the process of being rebuilt. This means that it’s a much more difficult journey up the main trekking path to reach the nice views. The parking lot shooters will be disappointed to hear this news, as you actually have to work a bit for the image now. We left our rooms at 3:30am and hiked for maybe an  hour to get a nice vantage. It wasn’t a really gnarly hike, but it was steep for sure. There hadn’t been any fog in the area for over a week, but on our first morning there, we got lucky to have some nice thick fog lingering below. 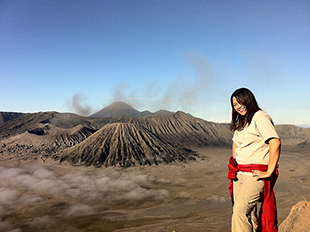 The fog burned off pretty quickly though, and we decided to head down and get some breakfast before exploring some other new areas down below. Here is a photo that I took of Helminadia on the way down.

After breakfast we took the jeep to the area behind the view that you see here and into some remote villages. After a pretty dusty and bouncy ride, we came upon some pretty nice views over there. We were lucky enough to get some low hovering clouds cover, that made it easier to capture some mid-day images. This area is much less traveled by tourists, and we didn’t run into anyone else over there other than the local people. We hung out here for most of the day sort of killing time so that we could photograph in the sand dunes on the way out at sunset. Here’s a couple of photos from that side. 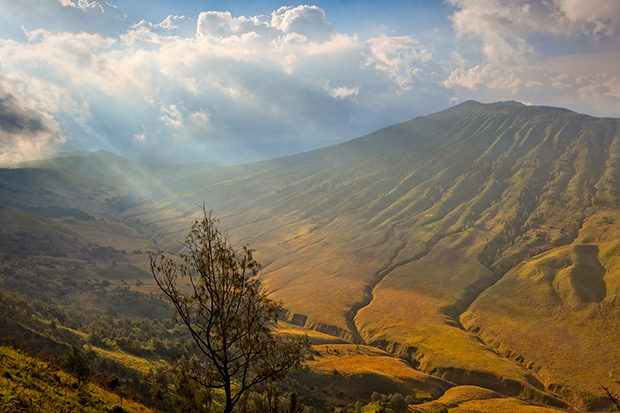 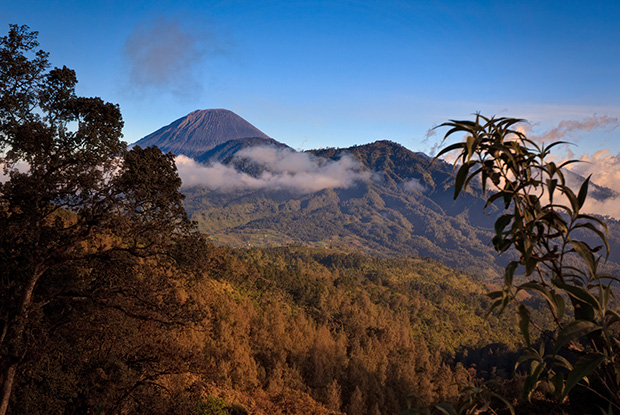 It turns out that we spent a little too much time back in this area, and had to make a dash for the sand dunes on the back side of Mount Bromo. We got to the good area just as the light was starting to fade a bit, and really had to scramble for some comps. Luckily, the area was full of nice compositions, and we didn’t have to go far. 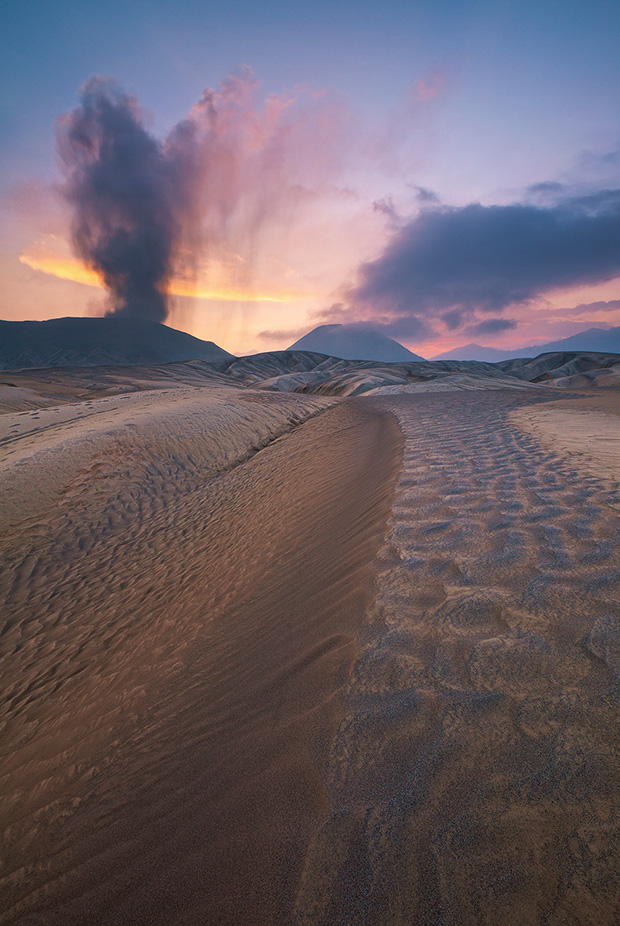 The next day we decided to photograph the sunrise from a different angle and then we were off to spend a few days in the Kawah Ijen area of East Java. 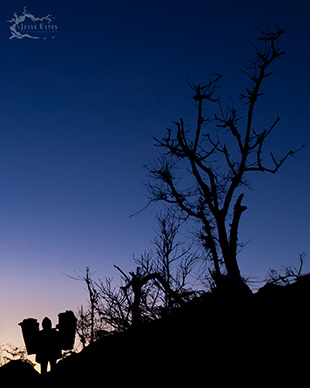 We got a little extra sleep on this morning, but still started hiking about 4am. The hike wasn’t all that far, but we were feeling lazy after the rather steep hike the day before. After watching a few scooters zooming by, and seeing all kinds of them waiting to give us a ride, we finally broke down and paid the small amount to get to the viewpoint while it was still dark. This allowed for some night images with a full moon setting. The local people are quite resourceful, and setup small “shops” all around the viewpoint. You can get coffee, noodles, water, and a variety of other things while you are waiting for the sun to rise.

When we first arrived, there was hardly anyone there, but it didn’t take long for the flocks of people to come from the surrounding areas to watch the sunrise. We quickly decided to move further up to avoid the crowd.

The sunrise on the second day didn’t come with the nice fog that we got the first day, but the mountain was really kicking up a lot of ash, and just as the sun crested over the hills behind us, the ash and smoke got very saturated. It was quite a site to witness in person, and something I had never seen before. After shooting sunrise, it was back to the pad for some breakfast and a quick shower before heading off to Ijen. 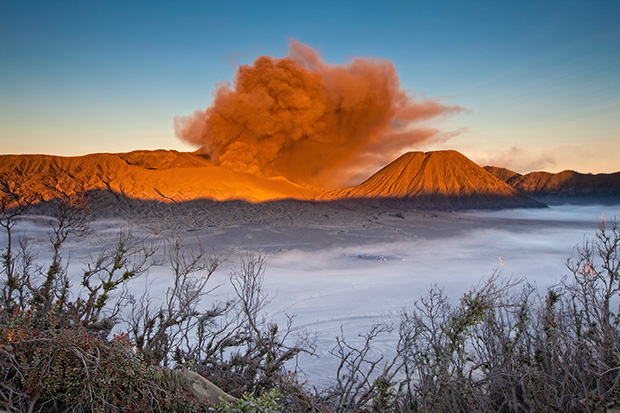 All in all, it was a pretty nice trip to Mount Bromo, and we had a great time there for sure. Our poor cameras really suffered from the ash though. During the sunrise on the second day, as I was changing lenses, I could hear the ash grinding in between the camera and the lens. Pretty bad dust spots in a lot of our images, but the bulb blower seemed to fix most of the major issues.