Tahiti & the French Polynesia is not a place I ever imagined I would travel to. In August of 2012, I won the grand prize in ISLANDS magazine’s annual photo contest. I don’t generally enter a lot of contests for various reasons, but when the prize is right, I will put the effort into getting an image or 2 out there just for fun. I actually would have never known about this particular contest if it weren’t for my co-worker having a subscription to the magazine. I was very excited to do some photography in Tahiti & the French Polynesia.

After seeing the advertisement one night and noticing a 7 day cruise for 2 that covered 5 islands in Tahiti & the French Polynesia as the grand prize, I told him I was going to enter the contest just for fun. I managed to submit 2 images before just before the cutoff and remember almost not doing it because I had to pay a small fee to enter. It was a few months later when I received a call informing me that I had won. That was just long enough for me to totally forget about it and think it was a joke at first. I remembering the caller telling me “this is no joke”. 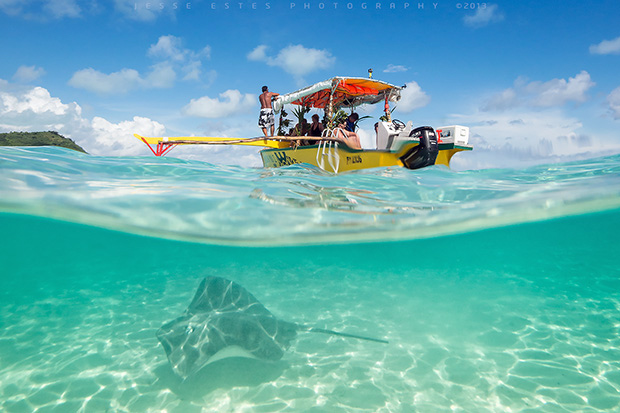 I haven’t been able to do much photography lately due to my grandmother falling and breaking her hip. That’s another story, but she has now fully recovered, been removed from hospice, and is driving to the senior center again where she volunteers 3 times a week. I only hope to be as tough as she is if I make it to 87. Once she was stable again, it was time for me to focus on this trip and do some research. I have never been on a cruise, as it’s not my normal preference for travel, but I have to admit that I was somewhat excited about this.  I would spend my days snorkeling in 80 degree water, and my nights sipping endless margaritas next to the pool. The whole idea of actually relaxing for a week with no worries was starting to set in. 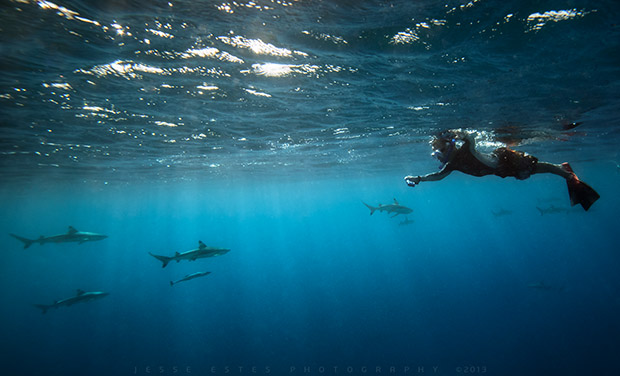 I decided to take my seven year old son Imani with me for this trip. He has been taking swimming lessons for the last year, and he was excited to go try some snorkeling. Travel is great for kids, and I wish I had the opportunity to travel when I was younger. Children are naturally very curious about new countries and are excited to learn new things and always want to know more about the interesting places you can visit, the food you will taste or the activities you can enjoy abroad. He has wanted to go on a trip with me for a long time, and I always feel bad when I leave without him. This would be his first big trip besides going to Tanzania when he was only 6 months old…

After doing some research on photography in the French Polynesia, I really wanted to experiment with some water photography; specifically “split”, or “over/under” photography. I knew that swimming was going to be Imani’s main agenda for the 2 weeks that we would be in Tahiti, and I couldn’t resist buying an underwater housing to give things a try. I only had 3 weeks to research and get the housing before we left. I ended up with the aquatech NB-800, and a large dome port needed for the images I was going to try and capture. It arrived a week before we left. Because of my crazy schedule before leaving, I didn’t even have time to hit the local swimming pool for some proper testing. I should also mention, that while I did quite a bit of surfing when I lived in California, I had never really done any snorkeling. There was going to be quite a bit of “learning on the fly”, for this trip. The next step was a trip to the local scuba shop so that Imani and I could get some proper snorkeling gear. I also bought him his own little Nikon underwater camera, so that he could make some photos as well. With the gear out of the way, it was time to research things for the extra week that we were going to stay after the cruise was over. 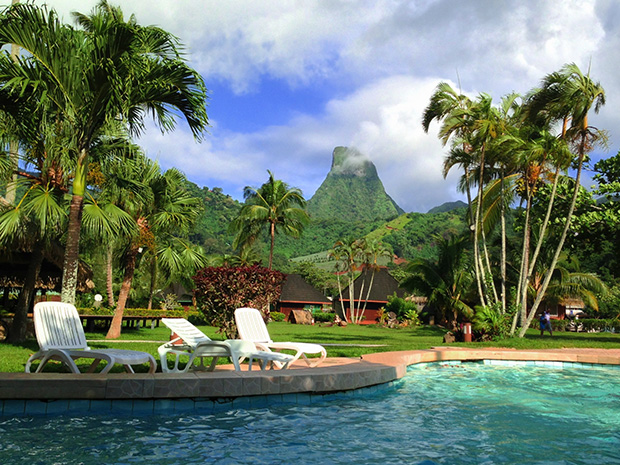 We ended up renting a car and staying on the island of Moorea for 6 days. Technically, the “rainy” season is supposed to be over by the middle of April, but according to the locals that I spoke with, it hadn’t quite ended by the time we arrived on April 19th. We actually didn’t encounter that much rain for the 2 weeks that we were there, but it was very very humid the whole time. 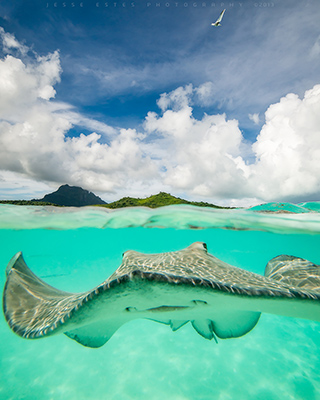 It was cloudy a lot of the time though, and that made for rather difficult “over/under” exposures. Luckily, with the dynamic range of the Nikon D800, I was able to push the underwater part of the exposures up quite far while processing. I don’t normally go on about cameras and gadgets all that much, but I could have never gotten away with this on with my Canon 5D II. Blending, and using filters for dynamic range is also pretty much out of the question for this type of photography…

We spent almost everyday snorkeling with sharks, stingrays, and a huge variety of fish. We were able to visit the islands of Papeete, Bora Bora, Taha, Raiatea, and Moorea. We were also able to spend lots of time on little “Motu” islands throughout the trip. Despite the deep water, the presence of 6 foot reef sharks, and a few much larger Lemon sharks, Imani did amazingly well snorkeling. I was a bit nervous how he would do in this environment, but after getting through the initial shock factor of having huge stingrays that were bigger than him rubbing up against him, he did fine. We both learned how to snorkel in the hotel pool the morning after we landed, and I started experimenting with my camera right away. While I still have lots to learn about this type of photography, I was able to come back with a few decent images. More importantly, I had a great time just relaxing and building some amazing memories with my son that we will both never forget…

The cruise was great and I highly recommend Paul Gauguin if you want to experience small ship luxury cruising through the French Polynesia. This is not one of those huge overcrowded ships that  you have been seeing in the news lately. It’s a very high end ship that only holds 350 passengers, and is much more personal. The crew was very friendly, and I can’t say enough good things about the whole experience. I never thought I would enjoy being on a cruise ship, but it really was very relaxing. I loved being able to pick up the phone and order some beers after a long day of adventures;  “2 Guinness please”. Imani enjoyed trying all the different food on the ship, including sushi for the first time. He loved it!

Tahiti and the French Polynesia is surely a spectacular place with some of the best snorkeling in the world, but be advised, it is NOT a cheap place to travel. In fact, I found it to be a little ridiculous at times. A simple lunch would easily set us back about $40-$50 USD, and dinner was never under $100 USD. And while I really enjoyed the local Polynesian people, the majority of the French people I engaged with, were very arrogant and lacking that sincere friendliness that I encounter everywhere else I have traveled. If you are interested in a place like Tahiti, but don’t want to deal with the outrageous prices, I have heard that Fiji is very similar and costs are much lower. I plan to check out Fiji myself one of these days. 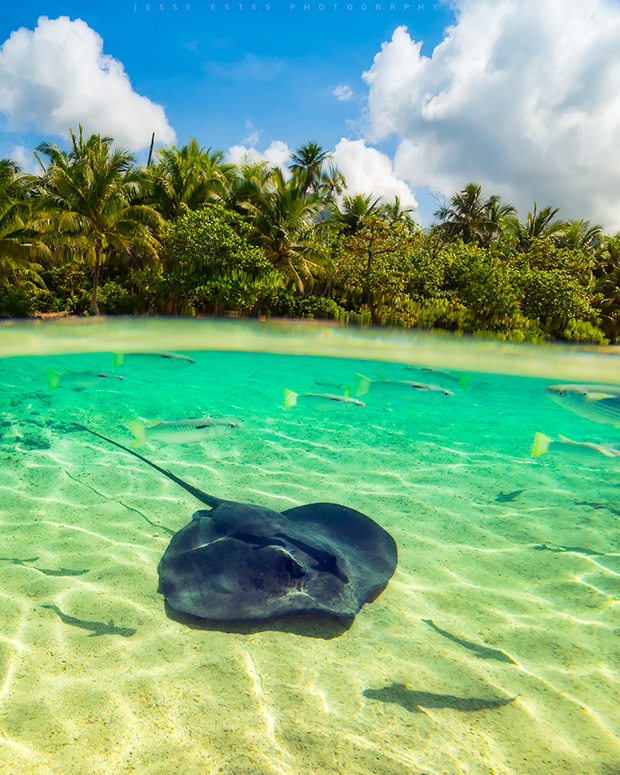 While I had a good time trying to make some photos, I had waaaay more fun just hanging out with Imani. A month after we got back from this trip, he left for Africa to visit Stella’s family for the summer. That little rascal is getting in more travel time than me this year!

I still have a lot to learn about this type of photography, but I had fun experimenting. The time of day and how cloudy it was constantly changed the color balance. Most of the beaches were white sand, but some were black, and tan as well. It made for some frustrating editing, as none of the color was consistent from one day to the next. Thanks for stopping in and having a look! Also, a big thanks goes out to ISLANDS magazine, and Paul Gauguin Cruises! 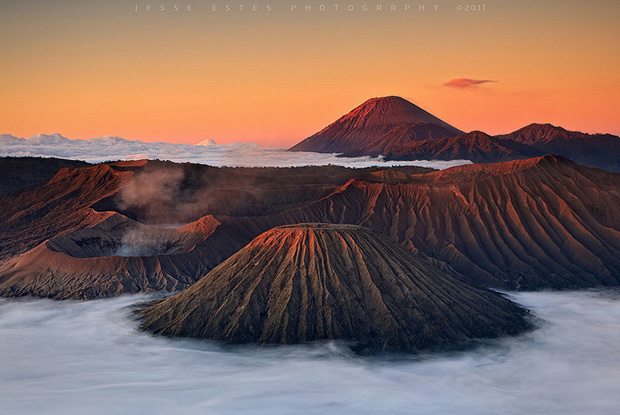 And lastly – here’s the photo that won the contest and made it all possible… This image was made at sunrise after waking up at 2AM and hiking way up on the rim. This is usually some easy parking lot shooting, but after the explosion in 2010, the road to the top was wiped out. It took a lot more effort to get to this location this time around (steep ass hike).

10 Responses to Tahiti & The French Polynesia