China is modernizing at a rapid pace in many ways, but the bicycle is far from dead. For many in China, pedal power is still the only source of transportation. When I arrived in the small village of Xingping, I was instantly attracted to all the really old bicycles that lined the streets. Photographing the old bikes of Guilin was fun and challenging as I was venturing away from my normal photography a bit here. 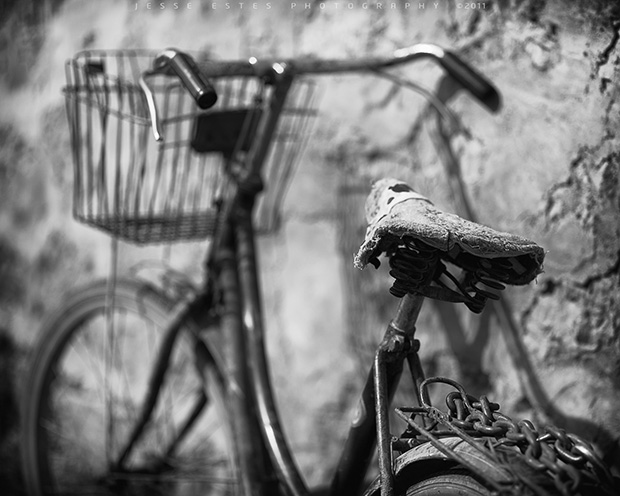 Photographing The Bikes of Guilin

Most of the bikes were very rusty, and old, but still fully operational. I had never photographed something like bicycles before, but I was immediately drawn to the photogenic nature of these old rusted out relics. 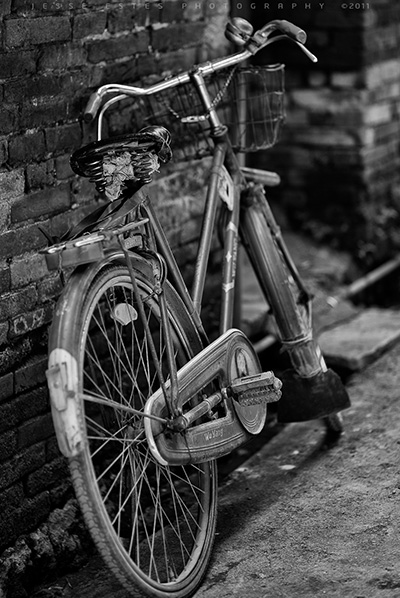 The millennia-old Middle Kingdom can claim to have invented many things – fireworks, the umbrella, paper and the compass among them – but not the bicycle.

According to Amir Moghaddass Esfehani, a historian at the Technical Institute of Berlin, the Chinese first learned of bicycles from a customs official named Binchun who visited Paris in 1866 and wrote of Parisians riding vehicles made of “two wheels with a pipe in the middle.”

Back then, well-heeled Chinese generally got around in rickshaws or sedan chairs, both hauled by manpower. It was only after expatriate Americans and Europeans began cycling around Chinese cities that the fashion took off, Moghaddass wrote in his book, “The Bicycle and the Chinese People.”

A subject totally new to me, I had a hard time photographing the bicycles, but I couldn’t resist trying anyways. Here’s a few of the better images that I was able to make. I have a bunch more that just aren’t all that great… 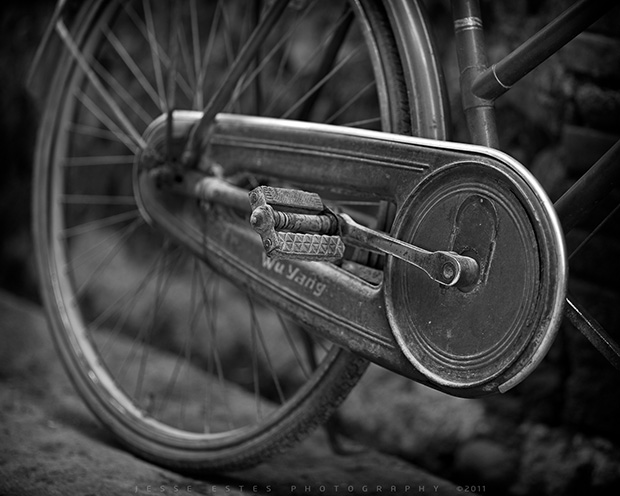 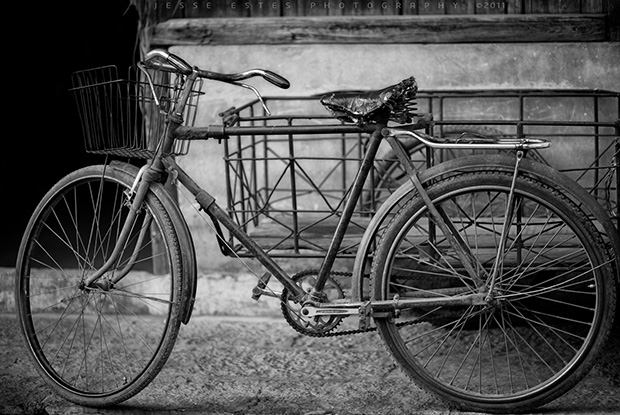 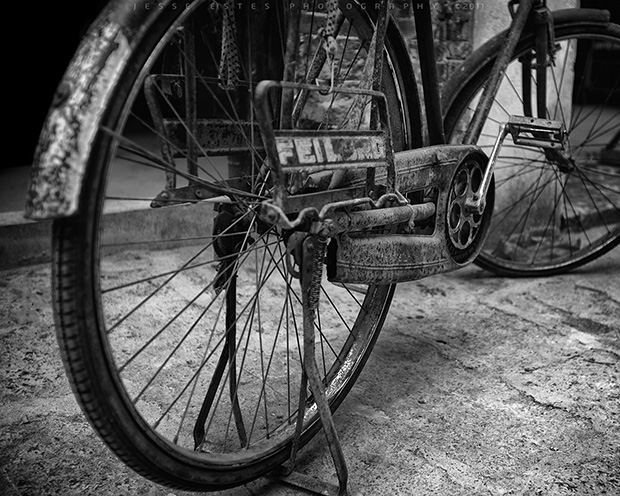 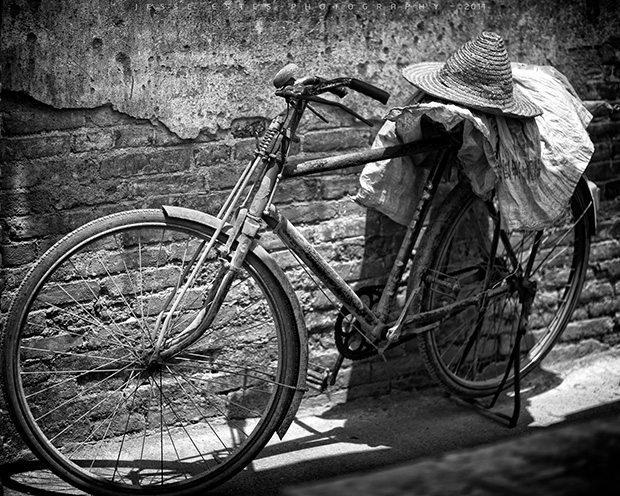 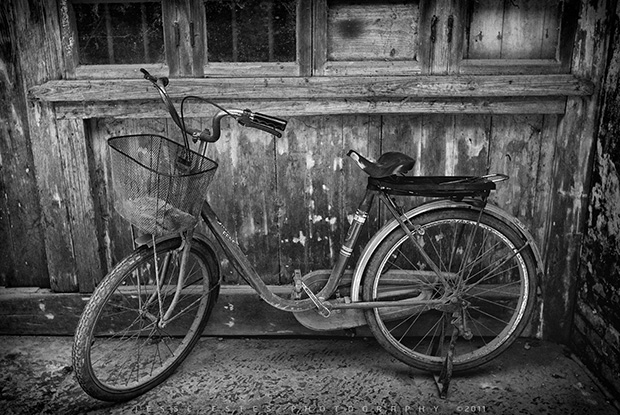 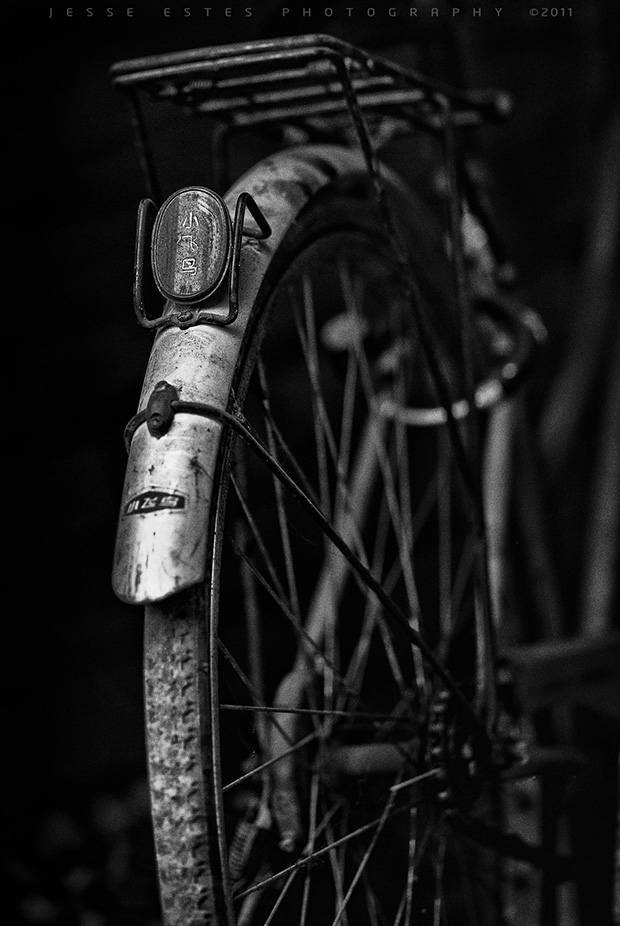 If you would like to see more from my travels to China, you can click here for a slideshow, and here for some landscape images. Thanks for having a look, and feel free to leave me any feedback that you may have!

5 Responses to Bikes of Guilin